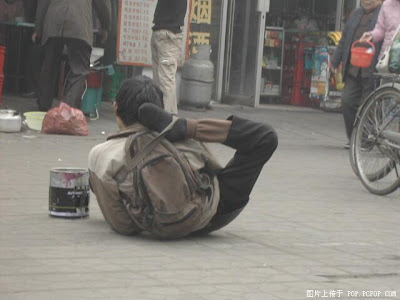 Shanghaiist mentioned a couple of weeks back that the Chinese government was protesting a British documentary on Chinese child trafficking. Opposite End of China made a great catch a few months ago: an article in The Australian entitled Stolen ethnic minority kids victims of Chinese `Fagins’. Fagin refers to the leader of a gang of pickpockets in Oliver Twist, and for years, many Uyghur pickpockets and thieves have been pimped by adults much like Charles Dickens character. The article is entirely based a report from Hong Kong’s Phoenix Weekly (凤凰周刊), which also gave significant coverage to the Xiamen PX controversy in the lead up to major protests. The article (in Chinese) is available in full thanks to Li Mazi over at Douban. In The Australian’s summary, the government 4000 children are missing, while the Xinjiang Academy of Social Sciences says 90% of them are forcibly abducted or tricked from their homes. Phoenix Weekly is quick to point out far more than 4000 are likely missing, as many abductions would go unreported. Some parents actually sell their children to these bosses, not to mention these children are found in practically every major Chinese city. Money from these thieving rings is often sent back to villages in Xinjiang, among the poorest in the entire country, and local officials sometimes turn a blind eye. The Phoenix Weekly article describes two children, Anwar and Nurguli. Anwar, a 10 year old boy who had been a top student in primary school, was kidnapped from his home in Yecheng and taken all the way to Guangzhou to work as a pickpocket. Nurguli, a 12 year old girl, was sold to traffickers by her stepfather and repeatedly raped.

The Phoenix Weekly article is quite thorough and The Australian only gives passing mention to Chinese netizens actions, some of whom are “vigilantes regularly post photos of Uighur child thieves online, calling on the police to crack down on them. Others seek to help the children only to see them handed back to traffickers parading as relatives.”

The website Uyghur Online, a BBS forum, has a whole section devoted to aiding Uyghur street children. Phoenix Weekly quotes one founder stating they would like to turn the forum group into a function NGO, but it is difficult to get government approval. Nonetheless, an administrator named Ali, who claims to be a student at a Peoples Security Bureau University, posted a manifesto on several other sites declaring their desire to start a Xinjiang Uyghur Street Childrens Aid Association to act as a bridge between the PSB, the Xinjiang government and the children themselves, facilitating their return to some sort of family life.

Other articles of relevance: Uyghur blogger Qaghan points out the UN Convention on the Rights of the Child, which China is a party to, emphasizes the importance of family, but the relevant government departments tend to criticize families instead of assisting them. He also points out that hardly any Uyghur community organizations exist. The most likely reason for this, which he does not mention, is that greater restrictions are placed on Uyghur organizations due to fears of separatist activity. Qaghan also points to a study that found more than 85% of Uyghur street children come from rural areas, where unemployment is a major problem. This matches with my personal experience; in early 2003, I visited a friend living in a village near Hotan, which is mentioned in the Phoenix Weekly article as a common place where families receive a cut of the earnings their children make. The night arrived, he mentioned that recently a child trafficking ring had been caught in his community. He was deeply shocked and embarassed about it. You could count the phones in his town on one hand.

Two other articles point out that at least 150,000 street children, of any ethnicity, are known to exist. Moreover, 40% have ended up on the streets more than once, suggesting that simply sending the children home is ineffective.

One other personal anecdote: in 2004, I remember seeing heavily armed police officers patrolling Zhongshan road, where many crippled street children beg. An article at the time claimed the tear gas and automatic weapons were to discourage pickpockets. Needless to say, it didn’t work.