The heavy hand of government fiat! Yes, the power shortages are in no small way due to the fact the government capped the price of power in a short-sighted maneuver so consumers wouldn’t feel the pinch of rising coal prices, and so coal plants had little incentive to stock up for any sudden freezes. Meanwhile the leukemia medication was tainted because the company got sloppy, again in no small way due to the fact that the government ordered that they charge only 1.9 yuan for it, according to the China’s FDA via Southern Weekend via Time.

Aren’t these guys suppose to be Milton Friedman addicts? What happened to the Chinese government being run by a bunch of technocrats with engineering degrees?

How about subsidizing some of that coal for those power producers or medicine from pharmas that you’re asking to be good samaritans?

How about considering the limits of nationalism as a guarantee that you can just up and tell a company to screw making money when you kinda told them that’s all they really ought to spend their time on?

How about thinking ahead to having some sort of plan for how to disseminate information and manage crowds when the only rail link for Sichuan migrants in Guangzhou goes splat?

Fuck that, what happened to paying attention to the weather report? 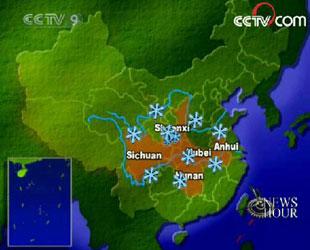 Or how about thinking about instituting a social safety net before, not during or after, you start gettin’ rocked by inflation?

How about some solution that involves thinking long term, building long term trust between government, business and the public, not subobtimizing everything, and getting everybody in China to stop hunting rabbits all the time and go catch a stag for once. So far the only people who seem to have had even a smidgeon of that kinda thinking the PX actors of Xiamen.

These guys aren’t technocrats. They’re short-sighted, reactive populists. And they’re terrible at it.