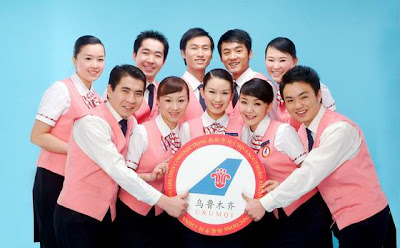 Did One of These Attendants Tackle a “Terrorist”?

Apparently China Southern Airlines Xinjiang Branch is trying to counter bad publicity due to the alleged terror attack that diverted an Urumqi to Beijing flight last Friday by drowning Baidu News in a sea of press releases, all released this afternoon. 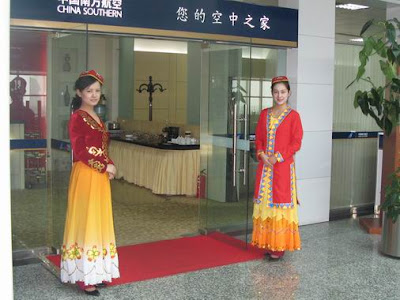 Most of them were released on the website avbuyer.com.cn, which is brought to you by the same people who publish the official magazine of the General Administration of Civil Aviation in China (CAAC). Subject matter included: new lounges and VIP services at Urumqi airport, the warming and soothing service provided to delayed Spring Festival travelers (because of the blizzards in Eastern China), saluting Chinese peacekeepers returning home with traditional Uyghur dances, the cleaning and maintenenace of aircraft serving the Xinjiang region, improving ground staff training for the Xinjiang branch, paying attention customer service in Xinjiang, the recollections of a China Southern Xinjiang Branch flight attendant who offhandedly remarks she considered joining the military, and a declaration by the 2008 class of flight attendants for the XJ Branch in which they state that as the “flowers of the Motherland”, they are “customer service and safety defenders”. 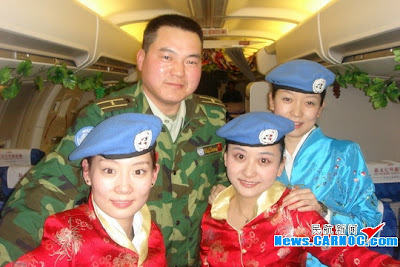 Meanwhile, there are rumors that one the alleged terrorists was a 18-19 year old Uyghur girl who had gone into the toilet with a bottle or bottles of gasoline. Its hard to say if any further details will ever be revealed.