From the difficult to navigate but very fascinating Tuku historical photo archive: 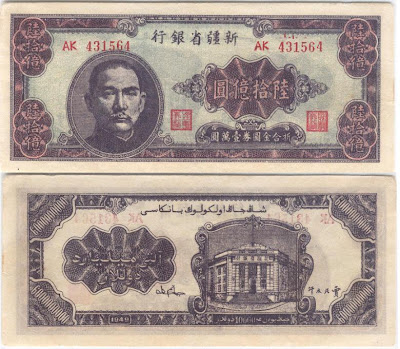 This six billion yuan banknote was issued in 1949 by the nominally Guomindang government of Xinjiang. Inflation was pretty bad. A few people on the Chinese ‘net seem to think this is the largest numerical banknote ever issued in the world, but I know their wrong because I own one of these from the last days of Yugoslavia:

After the Communists took over Xinjiang, alot of people weren’t using cash. They were the scrip issued by the Bingtuan, the military veterans who were mobilized in Xinjiang to develop agriculture (and secure the borders). 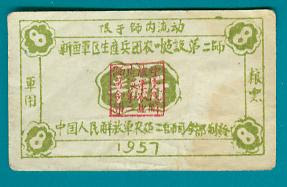 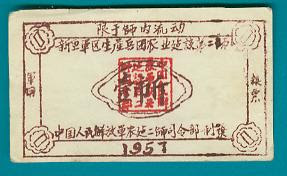 One thought on “Xinjiang Funny Money”